The World Cup – a Winter’s Tale?

When the first World Cup on the African continent kicks off on 11 June 2010 with the South Africa – Mexico game, the people of South Africa, regardless of their skin colour, will remember a fairy tale that began 16 years earlier with the election of Nelson Mandela: People overcoming apartheid, reinventing themselves in democracy and screaming their vocal chords sore as Siphiwe Tshabalala fires the ball into the Mexicans’ goal.

But this evening can only briefly conceal the fact that the country has only overcome its divisions on the surface.

“The WM – Eine Wintermärchen?” (The World Cup – A Winter’s Tale?) looks behind the scenes, revealing hard-to-conquer differences between rich and poor, black and white, and almost insurmountable problems such as HIV and unemployment.

With Kai Schächtele I travelled from Cape Town to Johannesburg to tell the stories behind scenes of this event.

“The WM – Eine Wintermärchen?” is the first of three multimedia blogs from behind the scenes of the World Cups from 2010 until 2018.

In 2011 our multimedia blog was nominated for the Grimme Online Award. 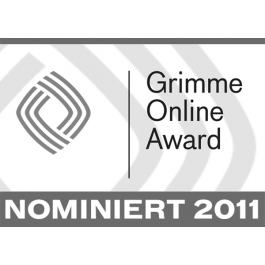 For six weeks traveling through South Africa, we published a story every day on our blog, produced twelve photo-films (audio slideshows), many (interview) soundtracks and I shot about 5000 photos.

From townships like Delft in Cape Town to gated communities in Sandton in Johannesburg our twelve photo-films (audio slideshows) report how life has changed since the end of apartheid and the beginning of democracy in many different places and communities.

The World Cup – a Winter’s Tale!
The most impressive moments of our journey.

"I am happy" – A night in Cape Town township Delft

Zola Williams lives in Delft, a Cape Town township considered one of the most dangerous in the city. For Williams, this district is what he has always dreamed of: a home. The fact that the World Cup has come to his country, for him is the fulfillment of what his hero Nelson Mandela has been fighting and suffering for his entire life.

„Darling, let's look for a house“

Gladys and Sylvester Mahlangu from Johannesburg grew up in a country that refused to give them the education children of white people took for granted. Gladys and Sylvester were fortunate enough to be able to complete a good education and find their place in within the bounds of the apartheid that marked South Africa. Later, they worked passionately to pass on their knowledge to the coming generations. When Nelson Mandela was released from Robben Island prison in 1990, they had dinner with him.

The Heart of Durban

In the centre of Durban there is a market that most tourists only notice when passing by. It looks too chaotic, too cluttered, too strange to give a stranger the feeling of being able to stroll around. But the traders have waited for nothing more eagerly than for the World Cup tourists they were promised before the tournament began.

The opening game in the Cape Town Bar Joburg with Melinda and Gloria.

Halftime – The crisis is not over yet

On July 2, 2010, Nokhwezi Hoboyi delivered a passionate speech against the reduction in funds spent on antiretroviral treatment programs at a football tournament in Johannesburg,  organized by Doctors Without Borders. Hoboyi, herself HIV-positive , is the spokeswoman for the Treatment Action Campaign, an organization demanding access to life-saving medication for all those infected.

An Excursion to the World Cup – Thanks to Facebook

At first it was just a spontaneous idea: The idea that if the World Cup is taking place so far away from Germany, then why not get the Germans donate tickets to children in the Walmer Township in Port Elizabeth. The idea took wings. So the Masifunde staff wrote to their friends and families – and within ten hours they had 190 tickets for the match between Germany and Serbia. Who could have guessed that in this match of all matches everything that could go wrong would go wrong.

Listening to the final minutes of the game on the radio at the Cape of Good Hope.

…by the way, this was my first WordPress blog…

Comments on our Blog

It would seem quite incredible: At an event that is reported daily in such absurd excess, with all the pre and post, game and side reporting, two bloggers from Germany with recording devices and camera would have been missing. But their blog is something special, so passionate and close, laconic and sentimental, playful and serious, with great care, a touching interest and almost something like poetry in the diary entries. By the way, Frey and Schächtele show what online journalism can and could be, beyond the templates and clicks of the big media: truly multimedia and enriching, both personal and informative.

The Football World Cup was the motivation for Kai Schächtele and Christian Frey to travel to South Africa to find stories to be told. For six weeks they searched for answers to the question "The World Cup - a Winter's Tale?". With impressive photos, audio slideshows and exciting texts they show on their journey from Cape Town to Johannesburg, how the passion for football unites the South Africans, but also separates them, and what a chance and at the same time a burden the World Cup was for them.

Looking behind the scenes of the World Cups in Russia, Brasil and South Africa and the Climate Change Summit in Paris.